Based on the competitive selection process, unanimous agreement of the EU, as well as representatives of South East European Parties, the Regional Steering Committee on the 6 July decided to appoint Mr Zakonjšek as its first Director, and Ms Ljuba Siljanoska as Deputy Director of the Permanent Secretariat of Transport Community Treaty Organisation based in Belgrade, Serbia. 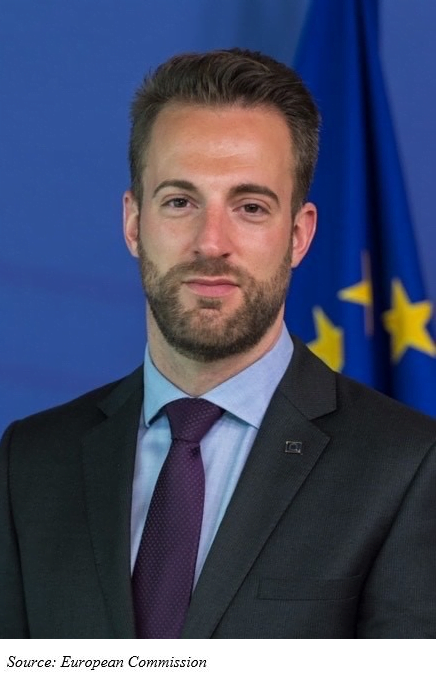 An experienced government and private-sector leader dedicated to supporting integration of Western Balkans’ transport markets into the European Union, Mr Zakonjšek started his career by joining the Slovenian government as a diplomatic attaché at the Permanent representation of Slovenia to the EU, working on the enlargement process. Subsequently, he worked for the Slovenian Presidency of the Council of the European Union and for the Embassy of Slovenia in London. During this time, Mr Zakonjšek also assisted the representative of Slovenia to the International Maritime Organisation.

His private sector engagement began in 2011 when he became General Manager for the Indian multinational CKGS, first based in London, UK and later in Dubai, UAE.

In 2014, Mr Zakonjšek returned to Slovenia where he was appointed as Foreign Trade and Cooperation Advisor to the Prime Minister of Slovenia.

After the confirmation as EU Commissioner for Transport, Violeta Bulc invited Mr Zakonjšek to join her Cabinet. He was appointed as Head of Cabinet on 1 June 2015.

In 2019, Mr Zakonjšek joined the European Commission’s Directorate for Mobility and Transport, where he was working on transport relations with countries of the Western Balkans. His vast experience and dedication to Western Balkans’ EU integration will be instrumental in further strengthening the role of the permanent Secretariat of the Transport Community and successful integration of Western Balkans’ transport markets into the EU.

Ms Ljuba Siljanoska, from North Macedonia, was appointed Deputy Director and her mandate will begin on 1 September. Ms Siljanoska has over 19 years of working experience, in national and international settings, 9 of which in the area of transport sector development, with focus on EU funded projects. She was closely involved in the national EU accession process and has extensive experience in managing EU pre-accession assistance, in particular in the transport portfolio.