Presevo-Tabanovce, 17 March 2022 – “Waiting times for citizens and business at Western Balkans’ borders with the EU should decrease. Establishment of a well-functioning Green Corridor on Tabanovce-Presevo border crossing reduced waiting times and accelerated export, import and transit of goods. North Macedonia and Serbia were the first Western Balkans’ regional partners to establish joint border controls and ensure joint execution of border and customs formalities. If this concept was applied to borders with the EU Member States, it would be equally successful,“ Mr Matej Zakonjsek, Director of Transport Community Secretariat stated during a visit to joint border crossing Tabanovce-Presevo with representatives of Greek, Serbian and Macedonian customs. The visit was facilitated by Transport Community and CEFTA Secreteriats. 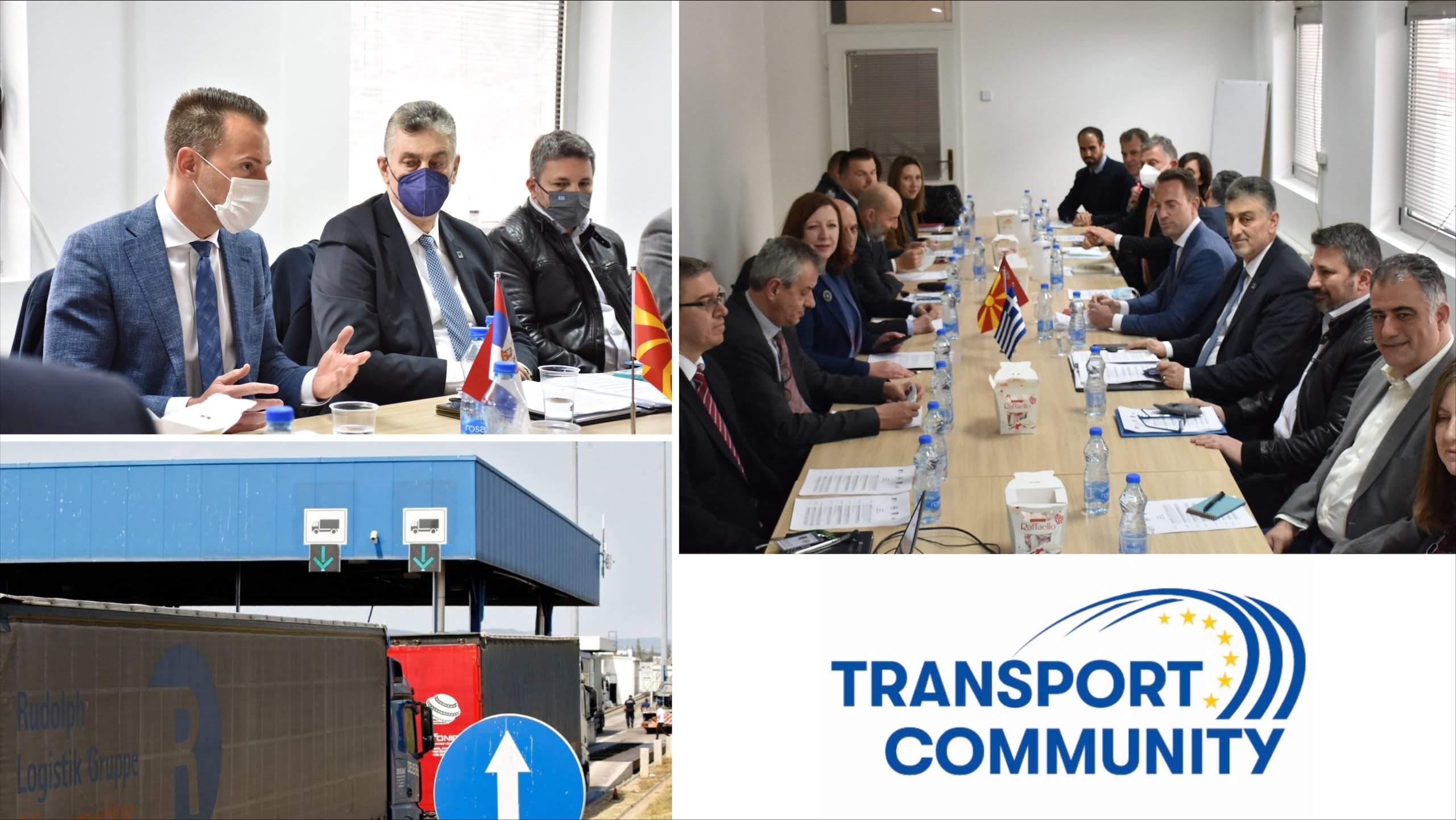 Mr Konstantinos Mourtidis, Director General of Customs and Excise of Greece, Ms Slavica Kutirov, Director of the Customs Administration of North Macedonia and Mr Dusko Marinkovic, Acting Deputy Director General of the Customs Administration of Serbia visited the border crossing to jointly review the potential of the Systematic Electronic Exchange of Data (SEED) which is operational in the Western Balkans. Electronic exchange of data has been implemented since 2010 and has enhanced management of the crossing points in the Western Balkans.

In practice, the system facilitates reduction of the waiting times at crossing points, simplification of inspections, reduction of formalities and reduction of costs. The meeting allowed authorities from three customs administrations to get an insight into the functionalities, maintenance and other technical issues related to the operations of SEED, as well as its potential to support prioritisation of certain types of goods on the crossings between Greece and its CEFTA partners.

“Transport facilitation is one of the priorities of the Transport Community and will continue supporting the regional partners in efforts to extend the Green Lanes concept to Greece and other neighbouring EU Member States,“ Zakonjsek said.